Skip to content
Free download. Book file PDF easily for everyone and every device. You can download and read online Dead Stop file PDF Book only if you are registered here. And also you can download or read online all Book PDF file that related with Dead Stop book. Happy reading Dead Stop Bookeveryone. Download file Free Book PDF Dead Stop at Complete PDF Library. This Book have some digital formats such us :paperbook, ebook, kindle, epub, fb2 and another formats. Here is The CompletePDF Book Library. It's free to register here to get Book file PDF Dead Stop Pocket Guide.

It understands every word and it chooses it's "your inquiry was not recognised" reply very deliberately. I also really liked the scene where Archer gets angry with it, and the view shifts to inside the screen in the station - simple but very effective. Did anyone else get that impression of the station as a living thing? How did it come to be like this, more creature than place. Jammer put it fantastically well when he suggested "its mission is to continue surviving according to the logic of its existence" As a completely stand alone episode of sci-fi TV this is nice work, it definitely made me think afterwards more than most Enterprise eps.

I notice that Jammer gave both this and last week's "Minefield" three stars. That seems about right in this instance; I liked this episode a lot. But it just goes to reinforce my belief that Minefield was rated too high. Dead Stop is a much, much better episode. I've been relegating Enterprise to background TV, but the shot of the station expanding its docking area made me close the laptop and sit up straight. Some beautiful scenes in this episode.

As much as I loved the last moments of the station repairing itself, I had to wonder how it did that with its humanoid brainpower now gone. But that is really a small nit that I'm more than happy to overlook for a very cool episode. And maybe This episode had me intrigued.

The mood, set up, visuals All well done. I would have liked more explanation about the motive of the station to use people as processing units - seems rather inefficient - but overall one of the series' best episodes so far. I felt like the intro scene really deserves more mention than it's getting - I fully expected to see it lauded in Jammer's review.

A very humbling and poignant moment, it takes a lot for the captain of the flagship vessel to realize starfleet isn't above putting out a general distress call of their own. I want to say this has never been done before, but I might be wrong? Regardless, it was well played and not overdone - just the right amount of hesitation and resolve. I liked how this episode gave us a peek into what the future of the Trek universe would be like - replicators even something close to the TNG replicator effect , enhanced voice controlled computers, dermal regenerators. 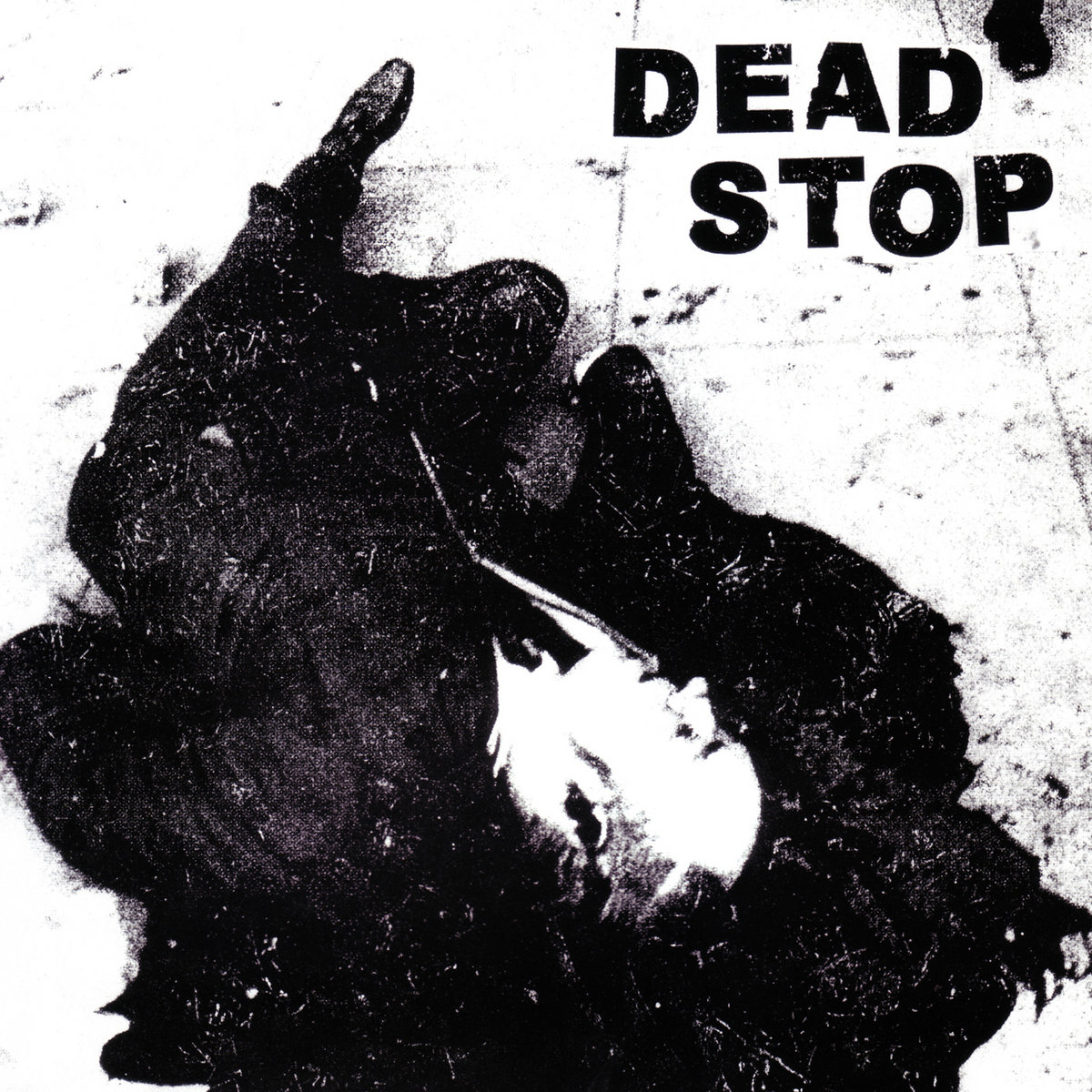 Maybe some scientist on Earth was inspired by records of this incident? Wink, nudge! Also, was it just me, or did I see a Cardassian body in the computer room? Another good episode but I did have a few quibbles. Why didn't the computer beam them out, it was clearly aware they had penetrated the area! Also, Archer was right to yell at Tucker and Reed - nice continuity from the last ep. The closing shot of the station repairing itself was spooky. Am I the only one that thought the station showed elements of Borg-like qualities?

The designers obviously didn't take into account that anyone would ever want or need to get past it. Another area that had location specific transport capability was the "payment" area. So at least they were consistent. I agree with all the above comments. And not-bad-at-all episode. That alone makes this my favorite episode so far! Archer: "I thought I told you to have that repainted" Tucker: "I was getting around to it First time I laughed at an episode. Pretty good, though it felt like it should have been a Voyager episode.

Would have made for a better Voyager episode based on the plot and premise. Sure, you could pick it to pieces if you wanted to like any other Trek show but the exemplary direction, above average writing for Enterprise, that is , and game performances engage you sufficiently that you're willing to overlook any weaknesses in the plotting.

I consider Dead Stop to be amongst the best episodes the series ever produced.

Dead-end | Definition of Dead-end by Merriam-Webster

I loved this episode. I literally laughed out loud at Trip telling the computer that the customer is always right. I had been thinking another old Earth saying through the whole episode that they appeared to have forgotten: If it seems too good to be true, it probably is. The computer voice made me think of that other Roxann Dawson computer voice in "Dreadnought", even before I realized that it was her.

It gave a certain creepy character to it, which only enriches the whole experience of this episode. Two AIs who turn to killing innocent living beings.

Can't be a coincidence. Dawson would be great as a villain in some show or movie. Just a fantastic episode. I still remember the first time I watched it. It never gets old. The one thing I noticed was, is the a Cardassian body in the "brain"? Easy 4-star episode.

One of treks finest I think. I can't help agreeing with others that this might have made a better Voyager episode - the station just seemed a bit too 'future-tech' for Enterprise. But it creates a fairly unusual and off-centre mood for a Trek episode - mysterious and foreboding all in one - and successfully plays its cards. I liked the Twilight Zone ending, and the fact it didn't resolve the origin or purpose of the station. Although I did have to wonder whether Enterprise blowing everything up was necessarily a good thing. It also looks a million dollars - it seems the FX in this one won awards, and well deserved that would be too.

I thought that the sequestered aliens hooked up to the station computer that scene reminded me of the 70's movie "Coma" was its method of existence. Now when it detonates, the brain relay is disconnected so how can the station regenerate itself? Can you give us one reason you think the "brain relay" trips?

Part of me just admires the cheek of this episode: how can we stop Enterprise getting the same bad rep as Voyager for constant use of the reset button? I know, lets introduce a whopping big Deus ex machina which fixes all the Enterprise's problems, and Malcolm's leg to boot. All this while we get kudos for keeping the continuity: how's that for cunning? Trebles all around. It was all right, but I'd rather have seen them honor the continuity by at least beginning the long haul back to Jupiter station.

Plenty of room for scrapes along the way. Who knows, even a more subtle form of plot device? Some fresher blood with a great one-off genuine SF idea so often does the trick. For most of its duration 'Dead Stop' feels like the real deal: an effective. Trek - and this is pertinent with a new series apparently just a matter of months away - could do well to let the main writers take care of the main story arc, and field some episodes from talented relative outsiders.

Not much to add to what's already been said. I actually thought it may have been a good idea to keep Mayweather dead - except he'd probably not be replaced, and we'd be down to something like season 3 of TOS, with the same three characters talking to each other in a nearly deserted ship. It faltered in its later stages, but a very solid 3 stars from me. This had the feel of a very pure sci-fi episode - much more so than the usual ENT episodes. The eery space station that has all the solutions does give one the creeps and the ending with all the dead bodies from various races really confirmed the sinister nature of it.

Also what is good is the continuity from "Minefield" and the dialogue about needing more discipline between Reed and Archer, Reed's leg injury. Too bad TOS didn't have more continuity from one episode to the next. Anyhow, this episode brings a really cool concept - although a bit beyond the realm of what's believable. It's AI gone wild with its own purpose. Good episode. A station liker this just 84 hours away at Warp 2 is a pretty fortunate happenstance, high price tag or not. I loved when Archer yells at both Tripp and Reed I laughed a lot! Archer offers some warp plasma, and the station accepts, saying the repairs can be completed in less than 35 hours.

Though he is wary of the automated nature of the station, Archer accepts the terms, and the station begins the repairs.


In the station's recreation room, the trio is impressed by the amazing technology on display — a food replicator delivers both cold water and Trip's favorite fried catfish. Back on the ship, the station's technology has managed to fix Reed's leg injury, and is repairing Enterprise in record time. Archer, however, can't help but be suspicious — it all seems too good to be true. Meanwhile, Trip and Reed are enjoying replicated meals in the station's recreation room. Like Archer, Trip can't help but be a bit suspicious of the station — especially since he has calculated that the station's computer must be impossibly small.

He convinces Reed to go with him and attempt to explore the station further and track down the computer. Unfortunately, they are detected by the station's computer and transported back to Enterprise. The duo is reprimanded by Archer, but the captain can't help but be curious as to what they found onboard. The captain's concerns are put aside for the moment when tragedy strikes — Ensign Mayweather is found dead.

While the crew attempts to cope with his death, Archer heads to the station's computer to determine a cause of death. The computer doesn't recognize his queries, and Archer grows even more frustrated.